What is Star Atlas

Whether you like video games or not is irrelevant, if you’re interested in making money by investing, you’re going to want to pay attention to this game!

Let me introduce you to Star Atlas, an exciting new project of epic proportions being built on the Solana blockchain.

Regardless of whether you’re a life long video game enthusiast, or have never touched a video game in your life, I believe that Star Atlas is going to make a lot of people a lot of money, and In this article (and attached YouTube video) I’m going to tell you why I think this, how I think it’s going to happen, and how you can position yourself to be a part of the potentially massive gains coming soon.

Unlike old-school style video games like World of Warcraft, where regardless of how much real world money you spend (both on and in the game) you don’t actually truly own anything on your account, the introduction of blockchain technology into video games is completely disrupting all of that.

With the creation of NFT’s, or non-fungible tokens, blockchain games have created what is now referred to as “Play to Earn” or “Play to Own” gaming, where all assets inside the game (think weapons, armor, mounts, skins, vehicles, or any other type of asset you can own (including currency) reside on the blockchain, and therefore are truly player owned – not company owned.

This means that as players spend time in the game, earning the in-game currency, building armor and weapons, finding rare items, and purchasing additional equipment, they are earning real world value that can be traded and sold for real world profit.

How Does it Work?

Well, let’s look at a recent and very successful blockchain game as an example: Axie Infinity.

This game, which is focused around cute little creatures with abilities (kind of like Pokemon), allows players to buy characters, level them up, battle them, breed them, and then even sell them! The key component here is that these characters, or “Axies,” are NFTs, which means they live on the blockchain and inside a players wallet, instead of inside the game like traditional gaming.

So as the player base grew, so did the value of everything that could be bought and sold in the game. As players leveled their Axies up and bred them, this created brand new, unique NFT’s that the players could then use in game, or sell on the aftermarket for a real world profit.

Additionally, AXS, which is the in-game currency for Axie Infinity, is a cryptocurrency which too holds real world value. Kind of like stocks, as the player base grew, thus the influx of more money, the demand for the in-game token (cryptocurrency) grew, and therefore the value of that token increased due to the fact there is only a finite supply.

In just a 3-month timeframe, we saw the value of the AXS token go from roughly $3 a token, to an all time high of over $90 per token – producing a 30x (or 3000%) gain for anyone who held the token that entire time frame! It has since hit new All-Time-Highs of $165 at the time of my writing this article.

This is why as a cryptocurrency investor, I have turned my eyes heavily to the NFT Gaming industry, because unlike traditional investing, which is very speculative (especially in the crypto world), the difference with gaming is that there is an end, tangible product for the people to use. Whether we’re in a “bear market” or a “bull market” becomes irrelevant – gamers gonna game – as long as the game is good.

This is where we bring in Star Atlas! 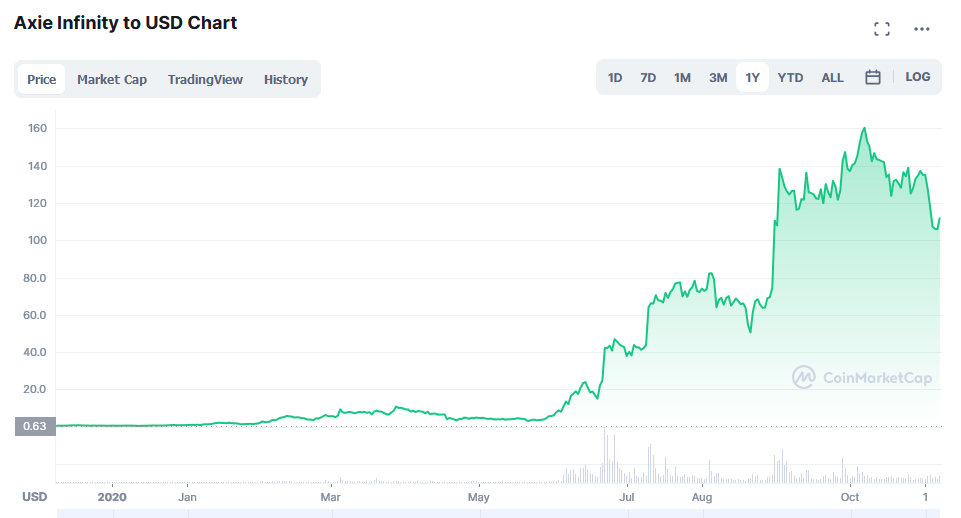 The game is a MMORPG (Massive Multiplayer Online Role Playing Game) based around grand strategy, space flight simulation, political domination, deep space exploration, combat, gathering resources, and building the virtual Metaverse. I am literally imagining it eventually evolving into something like the movie Ready Player One (go watch the movie if you haven’t seen it) because their end product will also be VR (virtual reality) compatible!

Star Atlas will have its own entire ecosystem, with an in-game currency that will be worth real world value, along with everything from land ownership, to spaceships, resources, and more! And because it will all be connected to the blockchain, players will be able to buy a spaceship, go out and explore planets, fight battles or mine resources, win or earn in-game currency, and then use that in-game currency to either a) buy more resources to continue playing and building, or b) trade that currency or sell their items for real world money.

When is this Happening?

At the time of my writing this article (October 2021) the timeline for the full, 3D, immersive game play version of Star Atlas is a rough 5-7 years, which may sound like a long time, but don’t worry, there is good news!

The team has announced that even though the full, “done” version of the game will be in a few years, they are releasing a smaller, web browser version of the game sometime in Q4 of 2021 (current target date as of Town hall on of Dec 3rd, 2021 is Dec 16th, 2021)!

In addition to that, they are actually releasing the full game in “modules”’ – meaning we won’t have to wait 5 years to see the first iteration of the 3D version. Rather, they are aiming to start releasing the first playable, 3D module of the game as early as Q2 of 2022, where they will then release additional expansion modules roughly every 6 months.

While the browser minigame isn’t going to be anything drastic or as in-depth as the full game, according to the company we’ll still at least be able to start earning passive income by sending our NFT spaceships out on missions, which in return will reward us with the in-game currency $ATLAS.

The mini-game is expected to be very basic (essentially just NFT staking for all intents and purposes), but regardless, people will start being able to earn off of the assets that they own. I believe this is going to be the major catalyst that begins to move the value of the game tokens in a continuous uptrend over the coming months.

Check the Star Atlas Roadmap for the latest updates.

So How Do You Make Money?

Well, there will be two main ways to earn money from Star Atlas.

The first way, and what I think will be super fun, is to actually play the game!

By buying spaceship NFT’s, as mentioned above, you’ll be able to send your ships out on missions, which in turn will reward you with ATLAS tokens.

While I plan to do this and am very excited for it, I know that many people have no interest in actually playing a game and would rather just invest, sit back, and watch their investment grow.

This leads me to the second way to make money with the game, and what I believe to be the faster option with larger returns, and that is investing in the game tokens themselves: $ATLAS,  and more specifically $POLIS.

While I believe people will be able to make money with the $ATLAS token simply because it will have more volatility in the short term, I believe the true coin to invest in and make the most money with will actually be the Star Atlas DAO token, $POLIS.

$ATLAS is the in-game currency (think gold for any World of Warcraft players), and is inflationary by nature. Additionally, for all intents and purposes, there is essentially an unlimited supply, as the number of circulating coins will increase over time as the game and player base grow. There is a current total number of 36 Billion $ATLAS tokens, which is extremely high compared to many other currencies.

Unlike the $ATLAS token which has a whopping 36 Billion coins, the $POLIS token only has a total supply of $360 Million coins, giving them a ration of 100 to 1; so the supply of $POLIS is 100x smaller than the supply of $ATLAS. With a smaller supply of coins, it makes it much easier for the value of the coin to increase percentage wise.

In addition to being a smaller supply, the uses are also drastically different, and the roadmap recently released by the Star Atlas development team also shows that we should expect to see the initial Star Atlas DAO go live sometime in early to mid-January 2022.

The anticipated release of the Star Atlas DAO will allow staking of $POLIS coins, which will be required for governance and voting of and in the game. Since the $POLIS token is the governance token, in order to take advantage of governance, people will need to stake their $POLIS tokens inside the DAO. By staking tokens in the DAO, which locks them up for a specified period of time, it will create what we call a “supply shock” – meaning if everyone is staking (and not selling) then this will create even less of a circulating supply, thus driving the price up even more.

While both will have the potential to make good percentage gains, I think we will see a lot of price fluctuation with $ATLAS in the short term simply because it’s the first token people see and hear about when they first discover the game. But once people learn more about the game and how it’s structured, and the importance of the $POLIS token, I think they will quickly realize that it is the better long term investment.

Though very different games and use cases, the best comparison we can look at is Axie Infinity. Axie also has two tokens, the $AXS token and the $SLP token, used slightly in the same manner (at least for this example). If we compare the Star Atlas tokens to the Axie Infinity tokens, I would compare $ATLAS to $SLP, and $POLIS to $AXS.

When Axie Infinity finally grew its player base after they had an active product, we saw the price of the $AXS token skyrocket to over a 20x gain in just about 3 months time. This is what I am expecting Star Atlas to do once their tangible products start coming out as well. Getting in before that happens is the best time.

For more in-depth details and information, along with step by step instruction on how you can invest in the POLIS token, check out my YouTube video 1000% Gain Incoming! Get AHEAD! Why and How to Invest in the Star Atlas POLIS Token [Play to Earn Gaming] and get in before it moons.

Check out this article and learn how you can earn up to 17% APY on your money.

Check Out These Great Offers and Get Free Bitcoin

👇 Get $10 of Free Bitcoin on Coinbase
➡️ https://hausofapex.com/coinbase

👇 Get $50 of Free Bitcoin with OKCoin
➡️ https://hausofapex.com/okcoin

👇 Get $50 of Free Bitcoin with Celsius
➡️ https://hausofapex.com/celsius

👇 Get up to $250 of FREE Bitcoin with BlockFi
➡️ https://hausofapex.com/blockfi

👇 Get $20 in Free Stocks with Stash
➡️ https://hausofapex.com/stash

Get Free Bitcoin with Coinbase 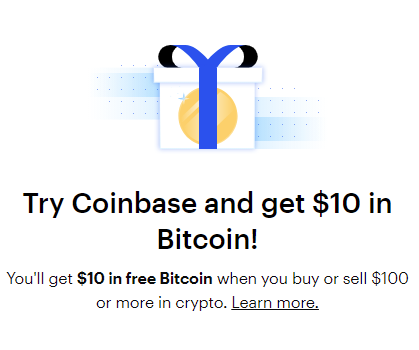 Join Me on These Platforms: 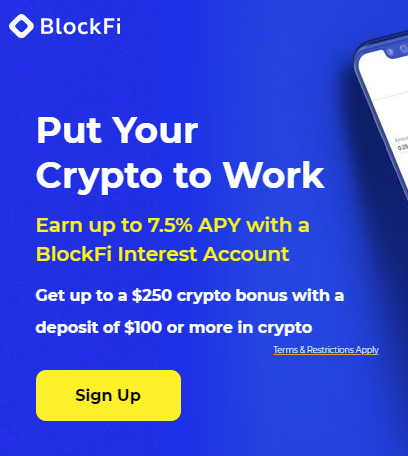