If you’re a copywriter, teacher, student, blogger, vlogger, business professional, digital creator, or work in any other field that uses any sort of creative writing – buckle your seat belt because you’re about to have your mind blown, and your job potentially made moot.

Artificial Intelligence isn’t anything new. Websites like CopyAI, Lumen5, and Lalal.ai have been around and used for a while.

But a company called OpenAI is bringing AI technology and access to a whole new level.

Everyone from Gary Vaynerchuk and Alex Hormozi, to Forbes and random Medium writers are all talking about a new tech on the block:
ChatGPT.

ChatGPT is an Artificial Intelligence (AI) computer program that is designed to hold a conversation with you. It can understand what you say and respond with appropriate responses.

It’s basically like having a really smart friend who can talk to you about pretty much anything.

But that’s barely the tip of the iceberg.

What Can You Do With It?

I think the better question would be “What CAN’T you do with it?”

Imagine you’re a student that needs to write a paper about World War 2.

The first thing you do is go to ChatGPT and simply say “Tell me all about World War 2.”

Within a matter of seconds, it has written several paragraphs telling me all about World War 2: important dates, which countries were involved, battles that occurred, a timeline of events, everything that I need to know about the war and more.

My paper is done… or it is?

Guess what, it can even continue the conversation!

So let’s say I want it to expand more on a particular sub-section of the war.

Now I simply say: “Tell me more about some of the battles that happened between Germany and the other countries involved.”

Again in a matter of seconds, it lists some of the most notable battles to happen between the various countries involved: the dates, how many people died, the locations, the names, who was involved, everything.

Within a matter of minutes I have an entirely unique and completed paper without ever having to type a single sentence myself (other than the questions I asked).

Let’s say you’re an aspiring musician struggling to write your next song. You know what you want the song to be about, or you have some sort of idea of inspiration, but you can’t quite put the words to paper.

Yea, ChatGPT can help you with that too.

I told ChatGPT to “write me a four verse song about two people meeting in a crowd and falling in love that would go well to a beat of 120 to 122 BPM,” and like magic…

(Yes, it made all four verses. I just cropped the first two for time’s sake.)

Ask: “What are some good [niche] blog ideas to write about?”

Ask: “Make me an outline for a blog article talking about [fill in the blank] with an emphasis on [point A, point B, and point C].”

Are you trying to do market research and need to know what some of the common problems are for your target audience?

Ask: “What are some of the most common problems people have when trying to [fill in the blank]?”

Are you a contractor that needs to outline a scope of work?

Are you a web developer that needs some programming code written for you?

Whether you need ideas, questions answered, outlines or drafts written up, If you can ask it, ChatGPT can write it.

I tried all of these requests above (and more) and the results for each were, well, extremely impressive to say the least.

So now we get to the ethics part of the equation.

Is it Plagiarism? Is it Cheating?

This was something my husband brought up as I was showing him just how powerful the tool was.

He was blown away by it too, but then followed up by saying: “Well you can’t use it for most of this stuff though because it would be considered plagiarism.”

We then got into a fun little debate because, well, I disagreed.

First you have to ask: “What is plagiarism?”

If you ask Google, plagiarism is defined as “the practice of taking someone else’s work or ideas and passing them off as one’s own.”

The keyword I see in there is “someone” – but ChatGPT is not a someone, it’s a software.

And not just any software. It’s a software that is compiling trillions of pieces of data from across the web to create its own unique data.

So is it then still considered plagiarism?

If you think about content creation in today’s day and age, I would argue that almost no ideas are “original” anymore.

We are all, as a collective society, just reframing, paraphrasing, or otherwise regurgitating in our own words something else that we have learned, heard, read, or experienced in some other part of our life.

So is artificial intelligence that is essentially doing the same thing by taking the whole of the internet and regurgitating it in its own unique way, just at an extremely sped up pace, any different?

Personally, I don’t think so.

Is This Good or Bad?

This has been one of the most common questions, conversations, and arguments about technology since the dawn of technology.

Like any technology, you can argue one way or the other until you’re blue in the face, but the hard truth is that it’s neither.

What people choose to do with it and how they choose to use it is what can be determined as “good or bad,” but the technology itself is nothing more than another tool.

They said the same thing about the assembly line.

But what happened? It created more (new) jobs.

“But students will now be able to cheat!”

The same argument was made when Google, Yahoo, Ask Jeeves, and every other search engine came on to the scene.

But what happened? We learned to work with and around it. Teachers adapted.

When the TV came out, people complained that it would kill family life and social interactions.

When the Internet came out, people complained that it would kill industries and businesses.

Society loves to demonize anything new that challenges the status quo because people hate change, and they fear what they don’t understand.

But the reality is the large majority of major technological innovations over the last century have had drastically far more positive impacts than negative on everything from society, commerce, and social connectivity to job creation, wealth increases, and economic improvement.

Whenever new technology arises, we always have two options:

Embrace it and thrive…

Or fight it and fall behind.

And whether or not you will succeed is entirely dependent on your perspective and how you choose to react to new technology.

Brick & Mortar businesses that refused to get online have slowly perished as the years have gone by, but those that embraced the internet thrived more than they ever thought possible.

In a world where content is not only never-ending, but increasing by the day, you can choose to complain about how “it’s not fair” or how “you don’t understand it;”

Or you can embrace it and ask yourself “How can I make this work for me and my business?”

The horse and buggy didn’t like the train tracks, but the rest of the country’s economy did.

So How Do You Stand Out and Avoid Becoming a Commodity?

For those of us that decide to embrace new technology like this, the question then becomes how do we stand out?

The answer is simple:

Use your personal life experiences.

ChatGPT is nothing more than another tool, just like Google or CopyAI.

Everyone may have access to the same tools, but no two people have the same story as to how they got where they are, or what exactly they’re doing along their journey.

It’s up to us to use the tools we have access to in combination with our personal experiences to make our output unique.

Focus on creating high-quality, unique, and engaging content that addresses the needs and interests of your consumers and target audience, and you will connect with those who vibe with your particular story and style.

Sure, a high school student can use ChatGPT to write a quick essay on World War 2, but perhaps the student that uses it as a way to make an outline and then uses a story from their childhood as an analogy will be the one that gets the A.

Perhaps teachers will have to change the assignment from:

“Write a paper about World War 2.”

“Write a paper about World War 2 and relate a specific battle to a personal life experience you’ve had.”

The key to survival is adaptation.

(though let’s be honest, it should have died a long time ago along with GenEd requirements, but I digress…)

Moving Into the Future

ChatGPT is an incredibly powerful tool that is without a doubt going to change the face of content creation as we know it.

Whether you’re just looking for idea generation, or you’re looking for products that are entirely done for you, whether for good or for bad, and whether you love it or you hate it…

One thing is for certain: AI software like ChatGPT is not going anywhere; It’s here to stay.

You can fight it and lose, or embrace it and thrive.

Yes, using it by itself is going to work for many for a little bit.

But in order to truly stand out among the rest and thrive for the long game, use it as a tool, with all of the others you already have in your toolbelt, in combination with your unique experience and story. 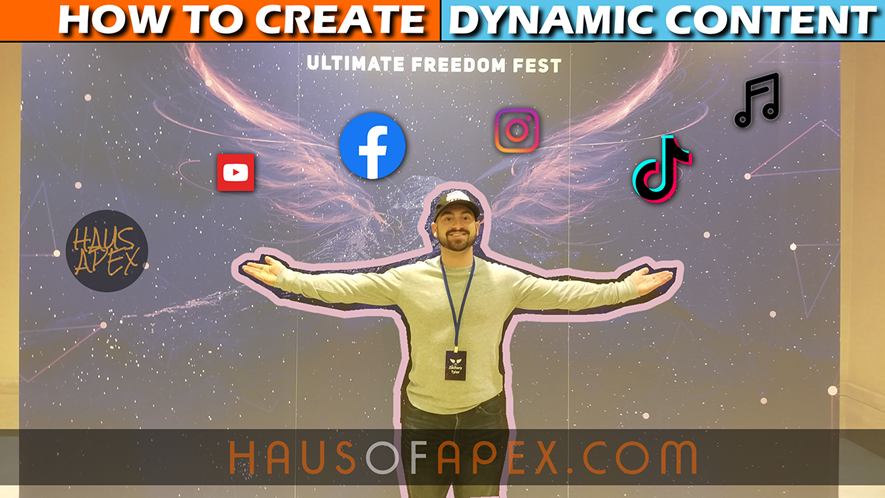 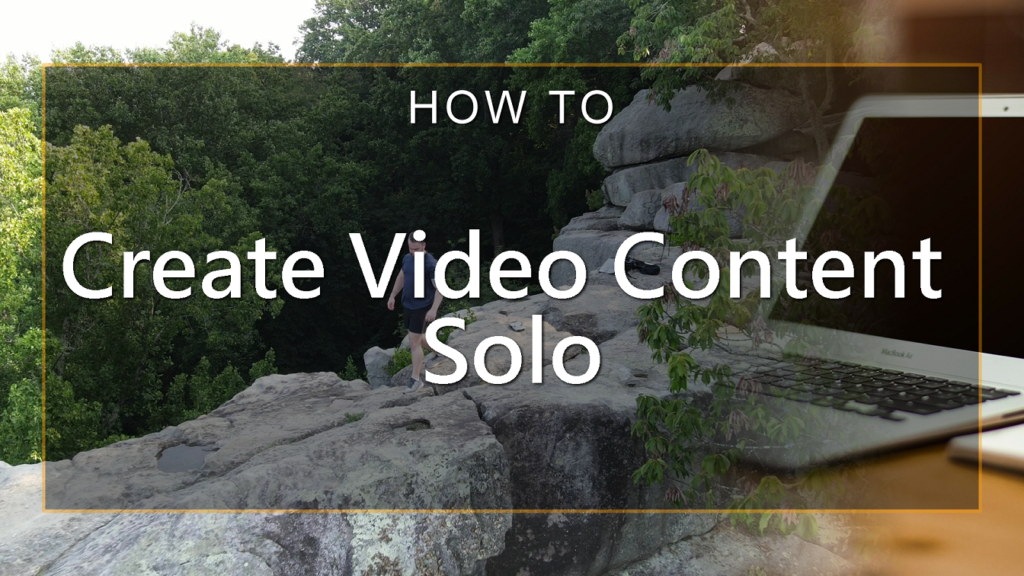 Sign Up Below to Get Your Free Copy of My Turning Interests Into Income eBook.